The Church of the East of the Chaldeans uses ancient symbolism with historical meanings that are not always clear to everyone. An unfortunate fact, because behind symbols lie very valuable cultural elements that have often formed the basis of our thinking, our faith, our traditions, etc.

In this article we deal with the star that the Chaldean Church uses as its hallmark. The star we see in many churches is originally a pagan symbol dating back to ancient Babylonian times.

This star is depicted on the ‘Shamash tablet’ (see picture 1), a stone tablet excavated in 1881 by Hormizd Rassam in southern Iraq. The site of the archaeological find corresponded to the ancient Babylonian city of Sippar and was said to date from the 8th century BC.

The shamash tablet is on display today in the British Museum. Shamash, (sureth: ‘shemsha’) was known as the sun god in ancient times and the star symbolized the sun. But why does the Church of the East use this star?

To answer this, we go back to the story of the ‘ three magicians’, also known as ‘the three wise men’ or ‘the three kings’, who had followed the star to visit the baby Jesus.

According to the gospel of Matthew (2, 1-12) these three magicians came from the east, geographically referring to Mesopotamia (Beth Nahrin).

These three persons were associated with magic, hence the term ‘magicians’ or ‘sages’, because they were engaged in astronomy (astronomy) and had also acquired a certain knowledge in it.

This argument, together with the geographical origin of the three magicians, would indicate that these men were Chaldeans, since Chaldeans were known as astronomers and were also called magicians.

This is why the Chaldean Church uses the star as a symbol. Also in the coat of arms (logo) of the Chaldean patriarchate these three magicians with a star during the visit to the infant Jesus are depicted (see picture 2).

The Church of the East has chosen the star, which is depicted on the ‘shamash tablet’, because of the link with antiquity.

Explanation on the use of pagan symbols within the Church, written by Nas David 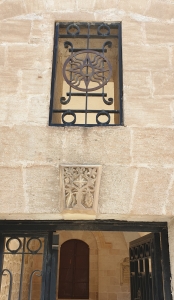 The reason why this originally pagan symbol is still valid today is because many pagan symbols and customs were Christianized in the first centuries. Think, for example, of the Christmas tree or certain Hellenistic terms used by the apostles in their proclamation to make Christianity understandable. Also the first apologists used Greek (and thus pagan) terms and ideas to facilitate their proclamation. For example, Saint Justine the Martyr implemented the Greek ‘Logos’ concept – which stated that the ‘Logos’ was the origin and principle of all things – within the prologue of the Gospel of John to designate Christ as the eternal ‘Logos’, which is translated in English as ‘Word’, although this English term does not make a direct reference to the originally Greek ‘Logos’.

By analogy, we can say that the sun (Shamash) also refers to Christ as the Light of the world. 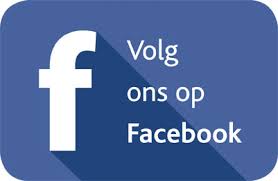